The Search for Frank Pine

The Search for Frank Pine

John Daniels never knew, in his lifetime, his grandfather Frank Pine (who sketched this corner of Westminster Abbey) but John’s research into his life has found that his achievements had also been painted into a corner by a further war. Since he died on the eve of the Bath Blitz, he was also something of an unknown warrior. This is a story of social security – in two senses: of establishing a role in society from poor beginnings, and of furthering the welfare of a community in the days before the Welfare State through friendly societies and local government. Frank Pine was a leading player in the Bath Hospital Box Scheme that rescued the Bath Royal United Hospital from debt. In playing a key role in these activities Frank Pine looked to his marital links with the Beckingsale family and was part of a close association with the Daniels family of Combe Down. He and his family (and the Daniels family) played their part amongst many other local residents in the political and social activities of Bath, particularly Combe Down, in the 1920s and 1930s. 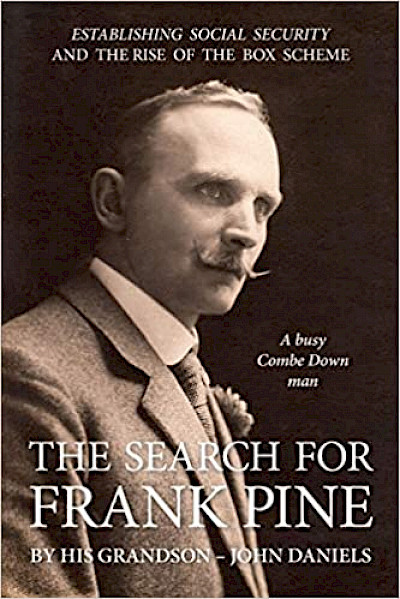