Bath Stone Quarries is a comprehensive photographic record of the Bath stone industry from the mid-Victorian period to the present day. Its scope includes not just the surviving underground relics of the industry but also the surface tramways, loading wharfs and cutting yards associated with it. The book traces the history of the industry up until the start of the Second World War, when many of the quarries were requisitioned for government use. The early phases of the government conversion work is covered, but the bigger wartime history of the quarries can be found in our sister volume, Second World War Secret Bunkers. The story continues in the immediate post-war years, when quarrying resumed in a small number of quarries, while others were adapted for other peacetime uses. The new quarrying techniques employed at Westwood, Monks Park and Limpley Stoke are illustrated in some detail. Topics covered include: The Combe Down and Claverton Down mines including open quarries, underground workings and associated tramways. The book covers their early history up to the recent infilling. Quarries and quarry tramways in the Avon Valley: Limpley Stoke, Conkwell, Murhill, Westwood, and all the little-known underground workings in Bradford-on-Avon. All the quarries on Farleigh Down, including Brown's Folly, Dapstone, Kingsdown, Longsplatt, etc along with the Farleigh Down tramway and sidings and the Kingsdown yard. Also covered, in some detail, the Box Quarries, tramways and masons yards, with many stunning archive images of Clift Quarry and other locations. Spring Quarry, the largest of all the Corsham quarries, is covered in great detail, as are Monks Park and Ridge quarries. Coverage is also given to the many smaller but still important quarries in the Corsham area, including Brewers Yard, Hollybush, Sands, Copenacre, Goodes Hill, Eastlays, Elm Park etc. 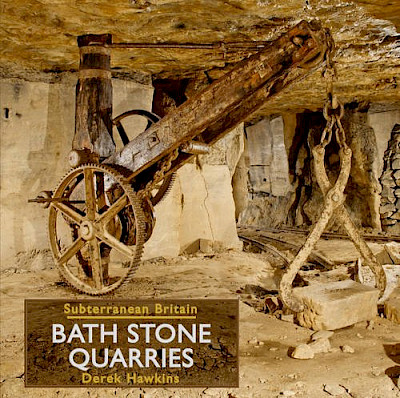